This was a joint Leicester Sai Centre programme celebrating Maha Shivratri at the Soar Valley College.  The hall was transformed into Kailash with coloured saris, lighting and pictures of Swami and Shiv Shakti.

The programme started at 7 pm with 3 Om Kars with Ganapathi Prathna, which was followed by Bhagwan’s message on Shivratri.  For the next 25 minutes the bhajan group recited the Ashtakams followed by Shiv bhajans. The congregation then participated in abhisekam by offering betal and flower leaves together with milk and water to Shiv Lingum.  Throughout the abhisekam, the youth chanted 21 Sai Gayatri mantras, Rudram, Shivopasanam, Maha Mrityunjaya Mantra and Lingeshwara Praana Lingeshwara Sai Lingeshwara.

“Shivoham, Shivoham―was the exclamation that rose from the souls that knew the Truth in a flash of illumination, after long years of cleansing the mind through the process of thapas (penance). I am Siva; Siva am I―Though denoted by many names and recognised in many forms, the Divine Principle is One, without a second. It is Sivam and it is latent in each being, including man. Holy days are to be spent in the contemplation of this Truth and in special exercises to make oneself fully conscious of one’s Divinity.

The significance of Sivarathri is that it is a time when one can get closest to Bhagawan, because the moon, which represents the mind, has shed fifteen of its phases (kalas) and is about to shed the last (sixteenth) phase. The ancient sages, who explored the link between numbers and the Divine, found that the letters in the name of Sivarathri amounted to a total of eleven, which was the number of the dark forces called Rudras (those who make people cry). The Rudras enter the intellects of people and turn their desires towards worldly things, thereby giving rise to attachments and hatreds and pursuit of sensuous pleasures. As they turn the minds of people away from God and towards evil, they were called Rudras. The sages declared that whoever is able to keep the Rudras in check on the sacred day of Sivarathri will be able to experience Divinity. This means that control of the senses is the primary requisite for realising the Divine and attaining liberation. Control of the senses is not easy. Even an evolved person like Arjuna confessed to Sri Krishna that sense-control was extremely difficult. The sages knew this well from their own experience. Hence, they suggested that even if control of the senses was not possible all the time, it should be practised at least on sacred days like Sivarathri. If one has nothing to do, the mind wanders in all directions. Hence the sages prescribed continuous absorption in thoughts of God on Sivarathri night. Repetition of the name of God and meditation on His glories would keep the mind away from other trivialities and promote control of the senses.” 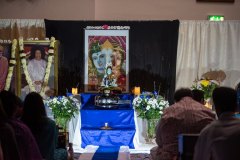 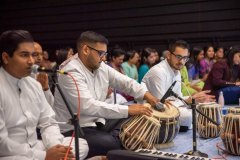 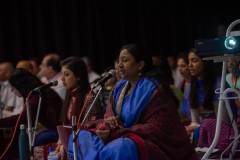 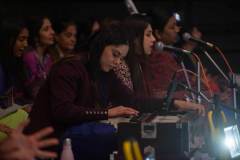 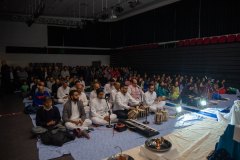 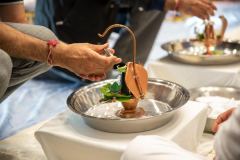 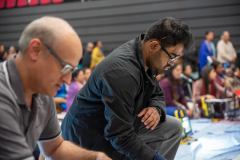 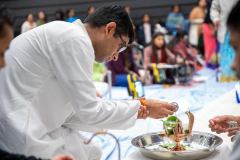 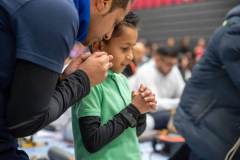 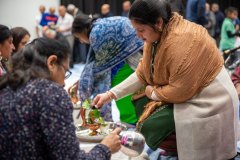 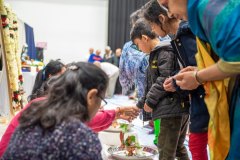 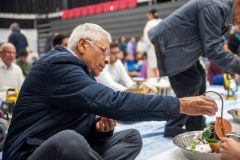 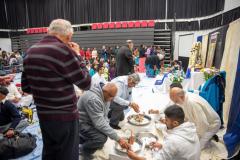 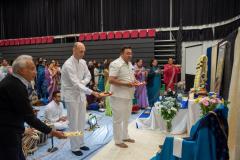 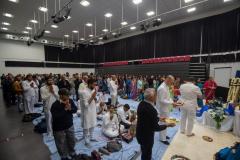