On Sunday 14th April we celebrated Ram Navmi and Vaisakhi at our Centre.

Ram Navami is the 9 day Hindu festival celebrated in the month of Chaithra, when Lord Vishnu took the seventh avatar and Lord Rama was born to destroy the demon King Ravan.  Rama was looked upon as an ideal human being, as the very embodiment of dharma (righteousness), an example for all to follow in all circumstances.

The Ramayana depicts the role of Rama in the family as the ideal son, husband, brother and friend.  The Ramayana must be looked upon as a great work, from which one can learn how each member of the family should conduct him or herself righteously and lead an ideal life.  The story of Rama teaches us how to foster unity and harmony in the family.  The relevance of the Ramayana is universal and for all times.  We can realise the sacredness of the Ramayana when we understand the inner significance, which represents the struggle each person faces in daily life to realise God.

We also had the pleasure of Divji Desai’s company at our centre. Divij, hails from Mumbai and is one of the alumni of the Sri Sathya Sai Institute of Higher Learning.  After attending school in Mumbai, Divij joined the Brindavan campus for B.Sc (Physics) and then studied for M.Sc in Photonics at the Prashanthi Nilayam campus.

He was fortunate to serve Bhagavan directly for 4 years and narrated an event from this period.  Whilst he was completing his Masters, he decided to further his studies by doing a PhD in photonics. This meant that he had to appear for an entrance exam.

A few days before the exam, he was asked by Bhagavan to accompany Him from Prashanthi Nilayam to Brindavan.  He informed Bhagavan that he was due to attend for his forthcoming PhD entrance examination at the Prashanthi campus.  But Bhagavan replied that they would be back from Brindavan before that date.  On the day before the exam, Divij was getting very anxious and tried to speak to Bhagavan, but Bhagavan just stated that He knew.  The day of the exam came and went, but Divij was still in Brindavan.

All the students who had appeared for their PhD entrance exam had already passed and the only person who was left out, was Divij. He was officially spoken to by the Vice Chancellor about their disappointment in his failure to attend the exam.  A few days later, Swami spoke to Divji and told him to pursue an MBA instead. Hence, the Lord of the Lords, changed Divij’s career to finance.

Divij also talked about the life of Lord Rama in relation to our own lives.  He narrated different episodes from the Ramayana and how they entwined with his own personal life. He spoke about having faith in Bhagavan, and when Bhagavan gives us a task, He also gives us the tools to carry out the task. He gave us an example of how Hanuman had to get medicine from a specific place to cure Lakshman. Hanuman did not question his ability to perform this task, due to his unwavering faith in Lord Rama.

Divji also touched upon Guru Nanak, saying that Swami had stated that Sankirtan was started by Guru Nanak.

The talk was followed by a wonderful presentation by Shruti, an SSE child on the meaning of Vaisakhi. 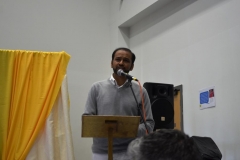 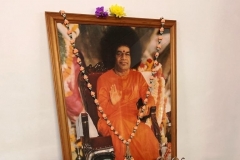 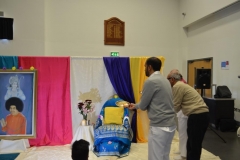 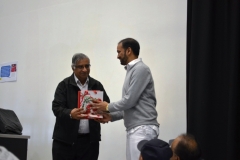 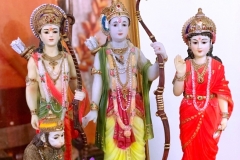 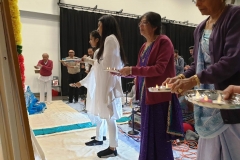 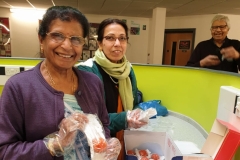 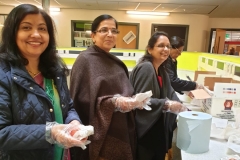 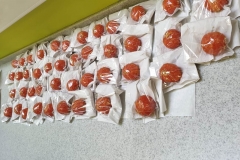 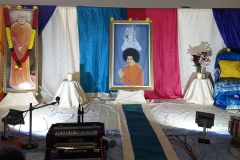