A visit from the S.T.E.M (Science, Technology, Engineering, Maths) Group

On 29th September, whilst some of the SSE gurus went to a training course in Birmingham, a group who specialised in S.T.E.M. came to the centre, to engage the children in a few activities related to S.T.E.M.

To begin with, there were some small metallic balls, which were actually robots. These special robots were controlled by iPads and were similar to the ones that are sent to Mars. These robots could be controlled to take pictures and move around on Mars from the iPads.

Our children were given an iPad and had a go at controlling these mini robots, which were the size of a cricket ball. Afterwards, the second phase was to create their own program on the iPads, in order to make their robot talk, make sounds, change speed and move in a certain direction. Many of the children had great fun racing their robots with one another. The parents and gurus joined in too!

The younger children were shown how to make slime, using glue, baking powder, vanilla, metal powder and contact lens solution. The children had to mix this up together vigorously and after a few minutes, they had created slime. The metal powder in the slime, allowed magnetic objects to stick to it. The older children also joined in and had a go at making their own slime. Everyone enjoyed playing with the slime and took it home to show their parents.

It goes without saying, that everybody had an enjoyable time. A big thank you to the S.T.E.M. group for entertaining the children and the adults too! 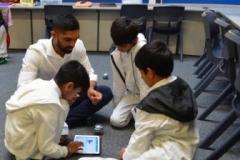 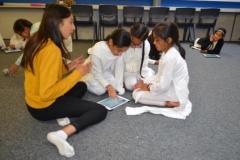 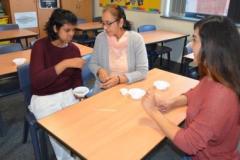 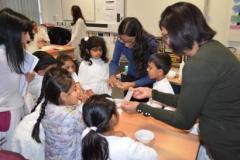